So, just like the penny-farthing or the tricycle, if your wheels are turning, your pedals are, too. That’s a fixed gear.

Fixed gears are harder to ride as you must constantly keep pedalling. No laziness with one of these. This is fine on a competitive track and there are advantages to riding a fixed gear. However, generally, riders should get comfortable on a single-speed bike with a flip-flop hub. Then, it’s better to try to ride a fixed gear later.

A ‘flip-flop’ wheel is a kind of wheel that has a fixed gear sprocket on one side and a freewheel on the other. If you install the wheel one way, your bike will be a fixed gear. Take the wheel out, flip it around and reinstall it and it’ll be a single-speed. The Reid Wayfarer can be used as a single-speed or fixie, as it comes with a flip-flop wheel.

A single-speed is similar, but the rear sprocket can spin backwards on the wheel. It can stop spinning while the wheel keeps spinning. This is because the sprocket is attached to a ‘freewheel’. When you coast along without pedalling, it’s the freewheel you can hear making that lovely clicking sound. So, you’ve got one gear and can coast without the pedals turning. That’s a single-speed.

Both single-speed and fixed gear bikes have just one gear. However, we call the ones with a freewheel ‘single-speeds’ to tell them apart from the traditional ‘fixies’.

In general, single-speed bikes and fixed gear bikes are the easiest to maintain. Since they have the fewest parts, they make great basic commuters and cruising bikes. Basically, singlespeeds are much easier to ride. They are great for new riders, as there are no gears to worry about. Hence, it’s as simple as hop on and pedal.

A conventional multi-speed bike is a bike with many gears. This is the typical bike you may have come across. It has 5 to 10 sprockets on the rear wheel and usually 2 or 3 sprockets (chainrings) at the pedals. Different combinations of sprockets give harder (taller) or easier (shorter) gears. Gears are changed using a derailleur, which actually derails the chain from one sprocket to another. Examples include all Reid Road Bikes, Mountain Bikes and Fat and 27+ Bikes.

Multi-speed bikes are the bee’s knees and a real bonus. Especially, when you have hills to climb, loads to carry or just want to make things easier on yourself! For road riding at high speeds or mountain biking, a multi-speed bike is pretty much essential. The lower gear you’re in, the easier to pedal uphill. On the other hand, the higher gear you’re in, the more resistance on the pedals. In this case, the bike runs further with one pedal. For the rider with a hillier hometown, mark this down as the gearing for you.

An internally geared hub bike is a bike with multiple gears built into the hub of the rear wheel. Earlier versions had 2 or 3 gears all hidden away inside the hub. However, modern versions might have 3, 5, 8 or more gears. These bikes might look like a single-speed because they have no derailleur, but still have a range of gears. The Reid Ladies Vintage Deluxe runs a 3-speed Shimano internal hub.

Internally geared hubs have most of the advantages of a conventional multi-speed bike. Plus, you can change up and down without pedalling, which can be nice at the lights! However, they tend to be more expensive. Also, they generally have fewer gears and a narrower range of gears. They often have the clean lines of a single-speed but are still heavier, more complicated and less robust. Nevertheless, our Ladies Vintage Deluxe, the crown jewel in our vintage bike collection, has a lightweight alloy frame. It is simple to ride and has everything you want out of a retro cruiser.

Most bike riders would love a whole range of bikes, so they could pick the best one for the kind of riding they’re going to do. Like your wardrobe, you’re not going to wear a fleece to the beach or sandals in the snow. Then, why do the same with your bike?

Nonetheless, if you can only have one bike, which should it be? Generally, new riders find singles-peed or basic multi-speed bikes will suit their needs best, like our range of commuters. Personally, my daily commuter is a singlespeed because my ride to work is pretty flat. On the contrary, our International Account Manager Troy’s journey is a little bit more hilly. So, his bike of choice is our Urban X2.

The best way to figure out what you’d like is to try a few different geared bikes out, talk to someone that knows a lot about bikes or head down to your local IBD (Independent Bike Dealer). Tell them about what kind of riding you’ve done in the past and what you’d like to do in the future. In the meantime, check out our full range so you’ve got an idea of what to look out for. Of course, any questions about gearing or any of our bikes in general, please get in touch. 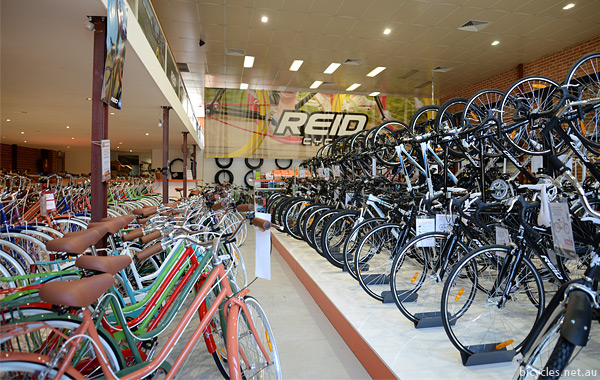